Atop the hill, as guitar strings swell into harmony, you lock eyes and wait for the answer. Do you trust each other still, after learning that your journey’s goal, your reason for being together, was a lie?

The ending to The Last of Us has already been talked about at length as one of the best in video game history, and for very good reason. So instead of talking about it in whole, as. has. been. done, I want to talk about the very last word.
The word: “Okay”.
A word so ordinary, its entire meaning isn’t the word itself, but rather what comes with it.
I love how this word is said so much.

Obvious warning, as I’m talking about the very last moment of this story, I’m going to emphasize the spoiler warning a little brighter than usual, also because this game is one you should experience yourself (and it’s also far less of a time commitment than the last ones of these I did). So Spoiler Warning: Go play the Last of Us if you still haven’t! (Or watch this if you have no interest in playing a video game. It's 3 hours, the length of a long movie. It's as good.) 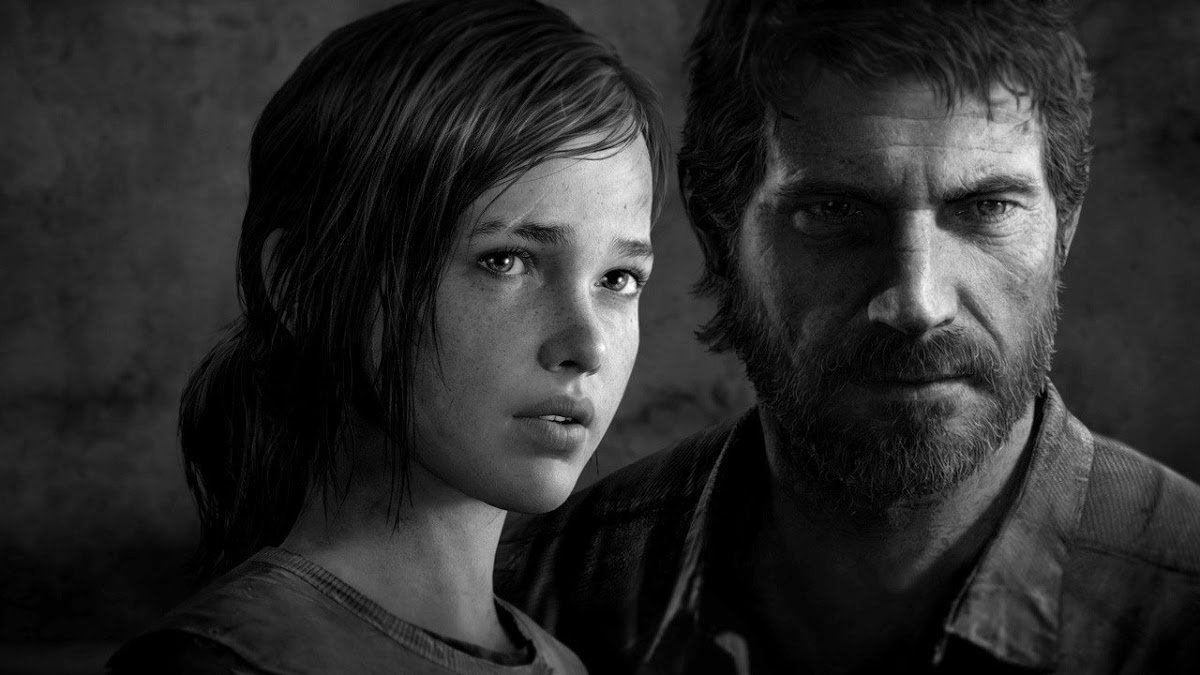 The two main characters of our play. (Source)

If you still have no interest in doing any of that, or it’s been a while, let’s recap to explain why the word matters:

At the end, Joel and Ellie, has been traveling together for the entire story to get Ellie to the “Fireflies”, since they might be able to use Ellie’s zombie-immunity to find a cure for the apocalypse. Oh yeah, there’s a zombie apocalypse. (Ok, they aren’t “zombies”, but, you know what I mean.)
In the beginning of the game, Joel loses his only daughter to the zombies, and has since lived without any close bonds, but during the story where he is forced together with Ellie, they get closer and closer, until eventually, Joel does something only a dad would do. He learns, when they arrive there and deliver her to the Fireflies, that not only can’t they create a cure with her, they will only be able to possibly create a vaccine AND they will kill her doing it.
So Joel saves her. He runs up, kills an entire hospital-worth of people, including several completely innocent doctors, and gets her out. The player, by the way, does this. We pull the trigger. It’s rough. And we don’t have a choice. It happens.
Sombre music plays as Joel runs out with her in her arms, knowing what he’s done. 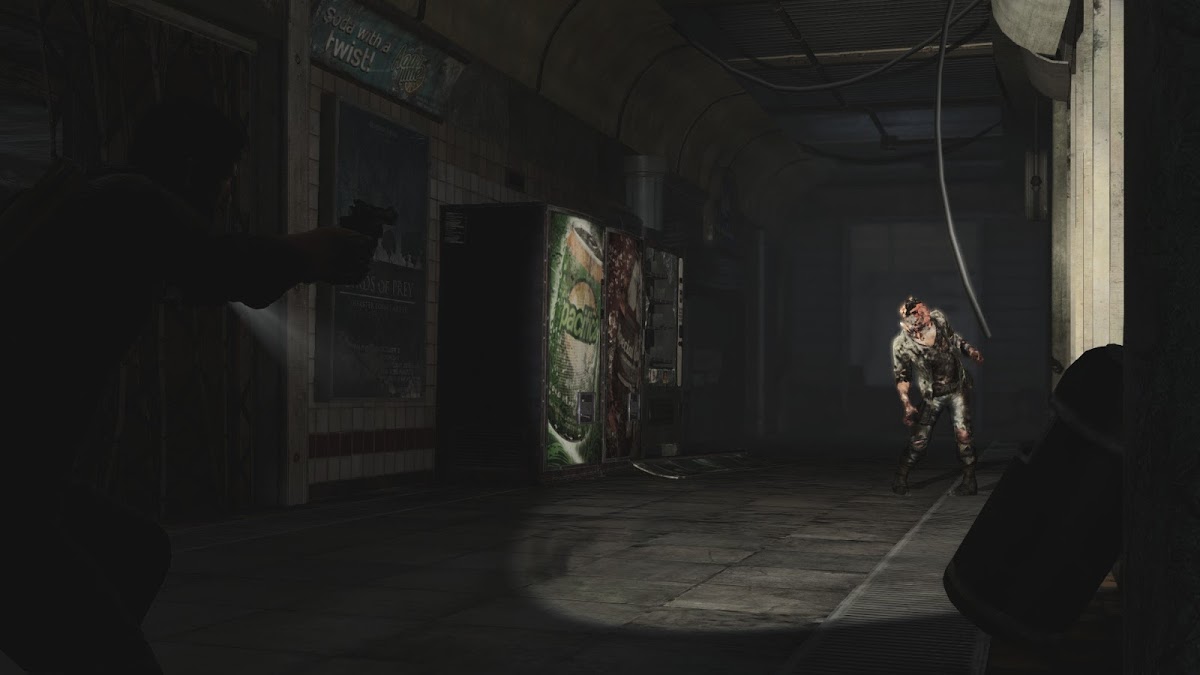 These are the "zombies", grown from a fungal virus or something (I... didn't look up the lore on that) (Source)

And then they drive away, with Ellie unconscious the whole time and no idea about any of this. When she wakes up, he tells her a lie. That there’s a whole lot more like her, who are immune, that it didn’t help, that the Fireflies have stopped looking for a cure.
Ellie doesn’t say much, and lies back down in the car.

Later, the car breaks down and they walk up a cliff. While walking, Joel makes awkward small talk and Ellie isn’t saying much, not even in response to his questions. Now the control has shifted over to Ellie (I will explain why later), and as they reach the top, she stops him, tired of his attempts at making her feel better.

The following conversation is a little too long to go into depth with but it is great dialogue so I’m just going to start the anchor for the video of the moment there:

(if you’re only interested in the very last bit, that starts at 5:51)
BUT really you should watch it through from the beginning!

The final bit I want to highlight is the last three sentences:


ELLIE: “Swear to me. Swear that everything you said about the fireflies is true.”
JOEL: “I swear.”
ELLIE: “Okay.”

Which you really have to see in the video to understand why works, because the actors do so much work with those lines to make them shine. There’s such a long time in between each person speaking for the last two that it’s almost unbearable.
When Joel swears, the camera just sits on Ellie as she makes a hundred subtle movements with her eyes, looks up and down, before a tiny nod that’s more of an up-and-down shake, and then, finally, after even more uncertainty, the word.
The faith in Joel lands on a single word, where Joel’s lie, the player’s uncertainty, the player’s feeling of maybe having betrayed a character they love, all wrapped up in a single syllable.
Let’s break it down.

As mentioned, the player does not have a choice in saving Ellie. Joel makes that. The player’s agency instead is in accepting it or not. And that lies with Ellie.
This is the reason why we end with controlling her, rather than Joel. We did the act as Joel, partly because that was where the action was, and partly because the choice was not with Joel—he did what he felt he had to, there was no bargaining, no other option, so of course we as players had to do it. We didn’t get a choice because he didn’t see one.
Instead, when we get away, when both characters wake up, we lose control of him, he is no longer the one with agency. He lost it when he saved her. Now, it is up to Ellie to decide how to feel. And the same for the player.

And this is why the word is so powerful. This is where she makes that decision. Before this, the entire time, we’ve been unsure. We’ve known what decision Joel made, but not known what Ellie thinks of it. The game cannot end before we know what their relationship stands. Their relationship is the story, and thus we must see what it becomes after Joel’s actions.
And in one word, it is defined.

This word is where Ellie chooses to trust Joel. 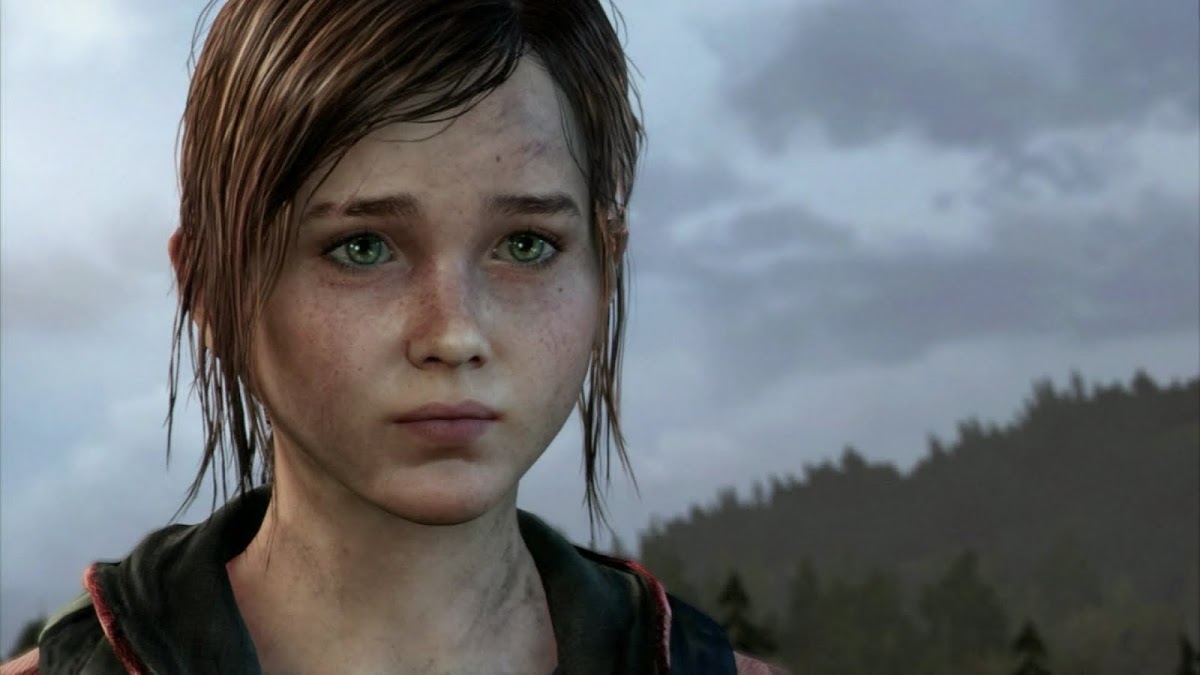 Those eyes. (Source is caption of this.)

She doesn’t necessarily believe, she doesn’t necessarily accept, but she trusts him.
Throughout the game, Ellie’s arch has been about finding someone she can finally place trust in, someone she believes wants what’s best for her and not want to use her for what she is or has.
If we read it as Ellie believing Joel’s lie, she trusts that he is honest. But, if we read it as she not believing him but not confronting him (which in my opinion is more likely) it is a far stronger reading: She knows it’s a lie and decides to trust him anyway, because she understands he’s lying for her sake. She trusts him enough to let him lie to her.
She still doesn’t know what happened back there but she can guess that it wasn’t an easy thing Joel did. It can’t have been. And even if Ellie wouldn’t accept what she did, she ends up trusting him because what else is she to do? This is the only stable relationship she’s had in a very long time. She isn’t ready to deal with a world in which he betrayed her.
(I’m not necessarily saying that what she’s doing here is right or the only acceptable choice. He did lie to her. But I can see why she would make it) (and the wrong act more lies with Joel's lie than the fact that he saved her, too. Saving her is defensible. Lying is because he's a coward and doesn't know how Ellie would react.)

The player, on the other hand, is not Ellie and isn’t left to trusting Joel. Instead, we know more than she does and we get to make another choice—not of trusting, but of accepting him.
It’s not a gameplay decision. It’s not a branching path or a dialogue option. And the game ends the same whether we make it or not.
But of course, as with any story, it is up to us to make up our mind, as the agents with the most amount of information (in this case, at least).
And yet, because of the ambiguity, we are left to lean in either direction—of accepting Joel or not. Of trusting him and not. Of believing that Ellie believes him or not.
As we watch the credits, we begin to reconstruct everything that happened during the ending, during the whole story really, to put into context this decision on both sides: Joel’s and Ellie’s.
We feel elated that Ellie’s alive and guilty over saving her (which is conflicting). We feel empathy for her ignorance and for Joel’s fatherly feelings towards her and we feel uncertainty or even disgust that he could lie to her, while also feeling confident that Ellie has or will see through the lie—and suspense at what will happen when she does.
It’s such a clever narrative moment because so much information is passed in such a short amount of time and with the delivery of very few words, yet we understand every emotion that happens at every point.

The word okay is one of acceptance. It is an acknowledgment or a statement of agreement. She accepts, she trusts, she approves.
Joel is given acceptance, and that is where the game ends. Not with a well defined course of action, not with a neatly tied construction and with no real hope for a better future or a chance at saving the world. Instead, they have each other. And a final solemn acceptance.
And that’s okay. 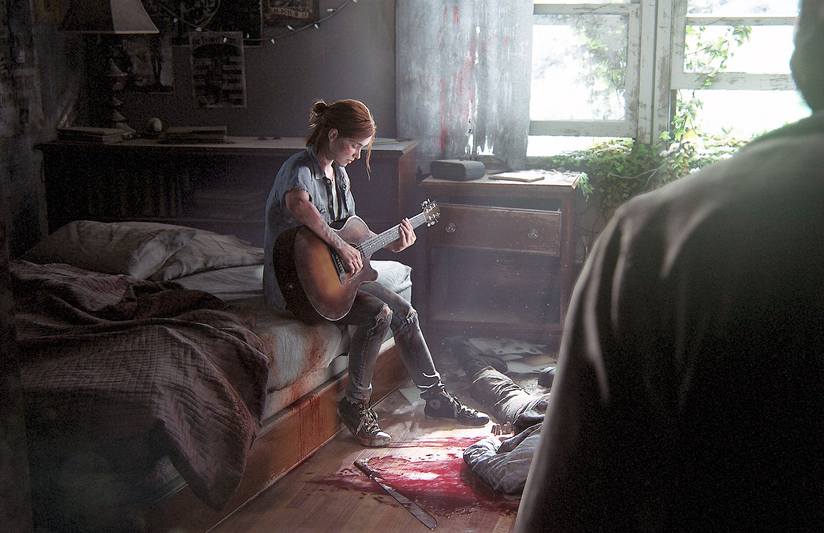 And then Ellie grows up. (Source)

And finally, I wouldn’t normally do this if it wasn’t because the sequel is upcoming and most likely will deal with this moment.
But in The Last of Us Part 2, Ellie will discover the truth, and they will have to deal with the consequences of this.
I’m practically certain of it.
They could technically scoot around it, but I think it’d be a lesser story than if they at one point didn’t let Ellie confront the fact that Joel killed the people she had been trying to reach for her.
That’s a difficult thing to wrangle with. And I’m very curious how she handles it. That alone is one of primary reasons why I’m excited about the sequel.
(And also, Joel has barely been in any of the trailers, soo…… I’m making some conclusions. You go make your own 😊)

Thanks for reading! If you want more of this kind of stuff, I wrote a piece about the Quietest Moment In Persona 4, a Children's Song in The Witcher 3, and That Time Aloy Shrugged.