I recently finished Horizon: Zero Dawn, which is in large parts fantastic, and tells a fascinating story about a woman learning the truth about her post-apocalyptic-turned-lush-world and how the world views her in return.
But I’m not here to talk about the game, but rather a single, specific moment of it. And it’s a tiny moment. Unbelievably small, so small I doubt anyone else who played it even experienced it.

It was a shake. And a shiver.
And that’s it.

Allow me to elaborate.
First, there will be some spoilers from Horizon, but I will keep it vague so even if it actually happened in the end of the game, I won’t tell specifically what happens—just, you know, you will read some stuff, and it will probably say a few things. 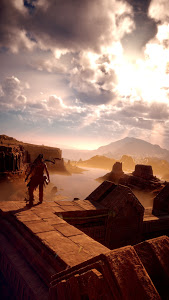 This game's a looker.

So, at the end of the game, there’s a big battle upcoming, and you have a moment of preparation before it hits. One of those typical “Go here when you’re ready” things in open world games like these, and it offered me the option to go around and look how the rest of the people who were defending with me were doing.
This was essentially a greatest hits of the characters you had met throughout the story and your last little character-moment and farewell, and it was really nice. You got to see people you hadn’t seen in a while, and hear how they had fared and how they felt about the oncoming war.
Some of it was good, even.

But the greatest moment happened immediately after.
I had walked up to the Spire, which is a big, cool-looking tower on top of a cliff, and there were some people setting up defences up there. I greeted them all and heard how they were doing and wished them good luck in the battle to come. Just a little before, however, the main character, Aloy, had just had her reality shaken and had learned many, many things about herself and the world around her that she was forced to keep quiet. She couldn’t tell anyone, only keep it in, by herself. Not because they weren’t allowed to know, but because they literally wouldn’t understand. The kind of knowledge Aloy learns here is so beyond what most other people in the world could comprehend that she is alone in knowing it. She is about to go into a war she doesn’t know if she’ll survive: One she doesn’t know if many of her friends—whom she asked to be here—will survive. It’s tough. But she keeps up her best appearances in front of the people she knows best. 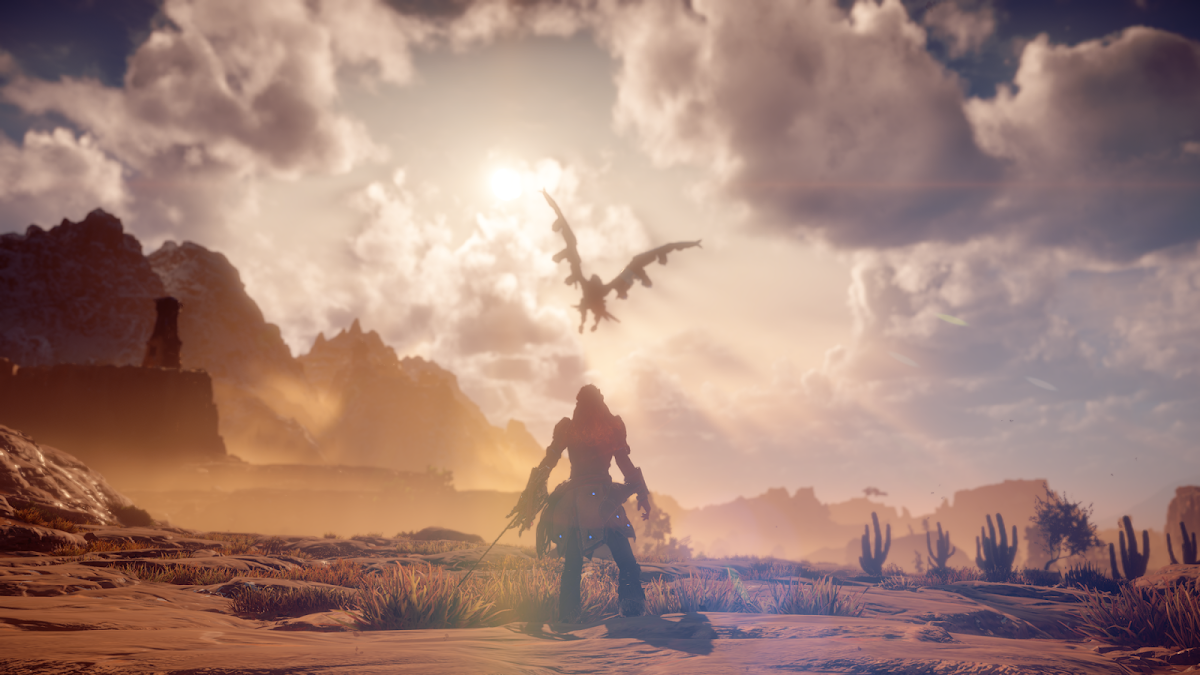 All images are from this thread somewhere.

Then, after having said the last best wishes, I walked over to the edge of the cliff and looked out over the city I was about to defend.
And she shook her head. She took a deep breath and looked down, clutched herself and shivered. Looked for all the world like she was about to start crying.

She was feeling anxious. She was afraid.
She did not reveal this when talking to the others, there she kept her strong façade and acted like it would be fine.
But alone, inward, when there was no one around but herself and me, controlling her from afar, she shuddered in fear. 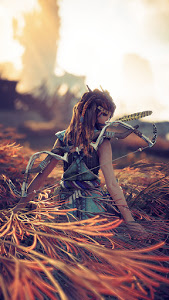 I stared at her, stunned, at what the game had just done.
This was not scripted. This was not a cinematic. I walked over to the edge of the cliff off my own accord. I stood there for no reason but because I wanted to. And she reacted in the perfect way. I didn’t touch the controller for 30 seconds.
If this was scripted, I am really fucking impressed. That is some good attention to detail, to change her idle animations in that specific scenario. I will applaud Guerrilla Games even more if that is the case.
But most likely, it wasn’t, and was just a pure accident. The shake animation happened to trigger right as I stood there, waiting. I happened to walk over to the cliff just after I had talked with everyone, and she happened to react in a way I read as meaningful.

But regardless, it doesn’t matter. It was effective as all hell. I got chills as I let it play out, and sat there far after the animation had finished, just thinking through the emotional weight of what I had just seen, the logistical nightmare of making that actually not be scripted, and the ultimate conclusion that there was no way I was that lucky, but still what an insane thing to keep in mind.
I instantly felt far more connected to Aloy. She instantly felt far more human—even more than they’d already made her.

Horizon: Zero Dawn is an amazing game with a lot of great moments, both scripted and unscripted, but my very favourite of them all turns out to be the smallest, most inconsequential one. 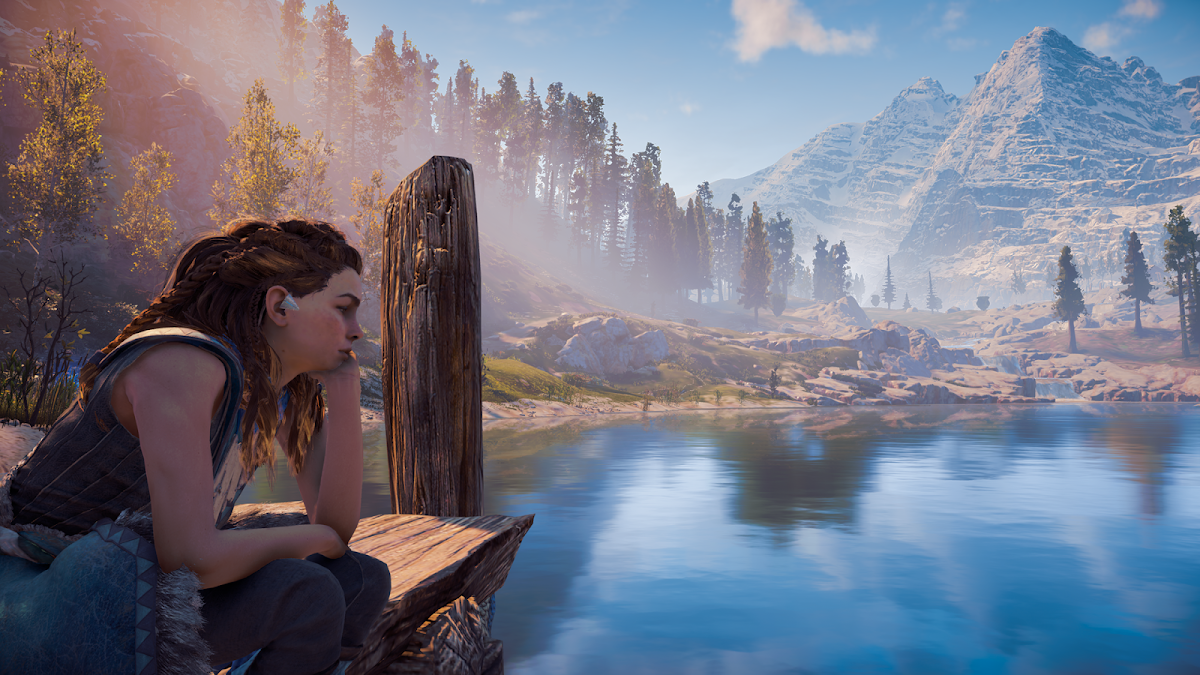