So, this is going to be a bit of a messy one, but I just wanted to write a bit of status since it has been awhile since anything got up here.


First of all, I participated in Nordic Game Jam and made this game: Backpack Adventure. It was a really awesome experience and we made something that I am happy with---it's a complete game that accomplishes almost all of what we set out to do, and it's pretty fun, even if it's probably too easy, and lacks quite a bit of juice and just more content. I'm still really happy with the experience of attending, and it was a blast all weekend. 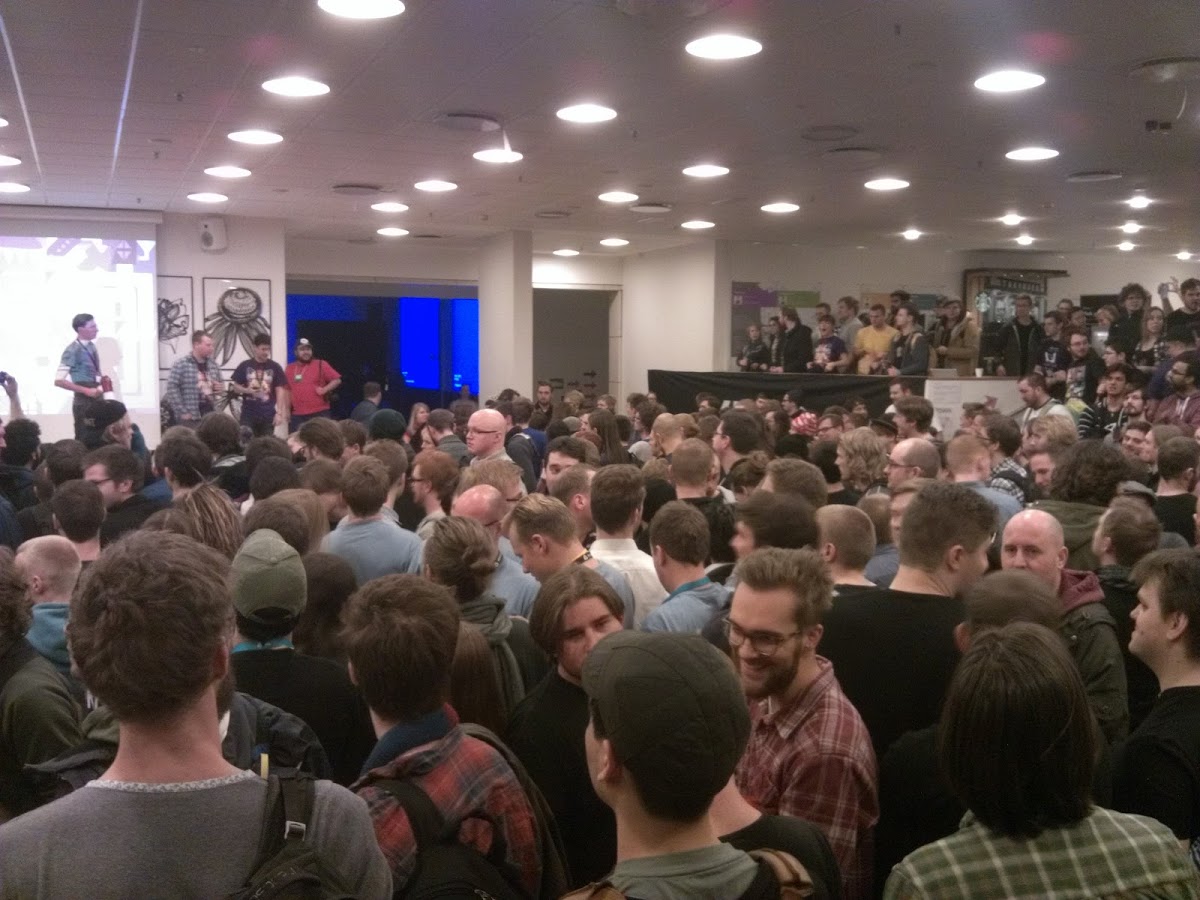 There were ALOT of people at Nordic Game Jam. There are just as many to the left of the image.

Then I went skiing with family for a week and jumped right back into starting my bachelor project for real, which is why I haven't gotten around to write anything here yet.

Ok, so what's next? I've decided to take a little break from RBRB development to get a bit of distance and figure out what I feel it needs. I got more good feedback from Nordic Game Jam, and I've concluded I need to do something more about the core mechanics, because no one still understood the necessity of hitting the walls, and after I played it a bit, I realized the duality this creates is weird, because I'm telling the player "hit the yellow corner" but the most beneficial action in the beginning is to not do that---that's a problem. Anyway, will write more about that later, when I know more precisely what I think about it.


Secondly, the next big thing is writing: I've decided to do something I've been wanting to do for a while. I'm going to start writing smaller stuff and produce a lot of it rapidly. More concretely, this means that I'm going to write for 15-20 minutes every other day and produce something short---flash fiction, a poem, or some weird mix of whatever I feel like. The idea is I won't bind myself to a genre or an idea, but just think up something and follow that for 15 minutes and see where it takes me. Some of it will be bad, but generally it will help me become a better writer. Occasionally, I might use it to write something slightly bigger, if I feel an idea is good enough. Short version: I'm going to let myself experiment.

I've already written two of these short... things (I need to come up with a name), and so far I'm liking the results. I should also really start just posting them up here, but I need to figure out the right way to do that, since they don't feel like they belong in the "Writing" section, because I feel that's more for final stuff. I'll probably add a new section with this stuff, but I'm hesitating because...

I'm considering converting my website to Webhook. Partly because I want a bit more power than WordPress allows, partly because I really like the guys behind Webhook, and partly because their new theme, Solo, looks perfect for what I want for the foreseeable future. I'll hopefully do it within the next couple of weeks if I can get everything transferred and set up correctly, but it might take a while, since schoolwork is starting to pick up and I might be too busy...but I hope I can squeeze in a couple of hours to do that at some point.


And that's it, I think.Oh, wait! One more thing: I also, I started looking into Twine, which is also something I've been wanting to do for a while. Maybe I'm jumping into too many things at once? Who knows.